You’d pay and thank the handyman man for restoring your cooling system, but have you ever thought about the history of AC and the man who invented this cooling system?

Read on to learn about the history of the HAVC system, one of the modern-day innovations that keep us from feeling like we were baking during summer.

The fascinating history of air conditioning dates back to ancient times. The Ancient Romans cool their buildings by pumping water from aqueducts into the walls of their infrastructures. The Southeast Asians in ancient times used grass mats hung over their windows to reduce temperatures in their homes.

But what about the modern-day history of the cooling system?

It started in the 1840s, with ice as the first form of the air conditioner. To address the diseases associated with the evils of high temperature, Dr. John Gorrie in Florida used ice from frozen water sources to reduce high temperatures in hospital rooms.

It was a rather expensive and unsustainable cooling system. So, Dr. Gorrie performed further experiments and came up with an artificial cooling machine he successfully patented in 1851. While he failed to introduce his cooling system in the market, his invention paved the way for creating today’s modern air conditioning. 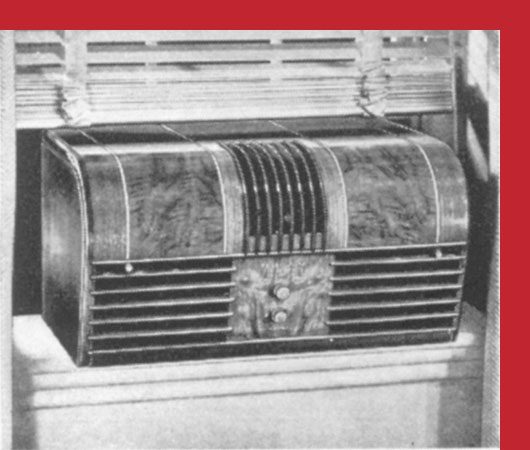 When was HVAC invented?

In 1902, a breakthrough in the air conditioning industry started to heat up when Engineer Willis Carrier addressed the excessive humidity at a publishing company in Brooklyn. The following year, Carrier succeeded in creating and patenting his cooling system. The cooling system was made of chilled coils, which helped reduce humidity by almost 55% inside the printing plant.

He experimented with different technologies to regulate humidity and balanced air temperature in the textile industry. His successes made him realize how various businesses can put his apparatus to good use. Carrier founded the Carrier Engineering Corporation in 1915, which manufactured and distributed HVAC systems.

When was the word “air conditioning” first used, and how big was the first AC unit?

“air conditioning” was first coined in 1906 by Stuart Cramer, a textile mill engineer. He introduced the word “air conditioning” in his paper entitled Recent Developments in Air Conditioning, read before the American Cotton Manufacturers Association.  While Carrier was credited for the birth of the modern-day air conditioning system, Cramer pioneered the use of humidity control and ventilation in cotton mills in the Southern part of the United States. 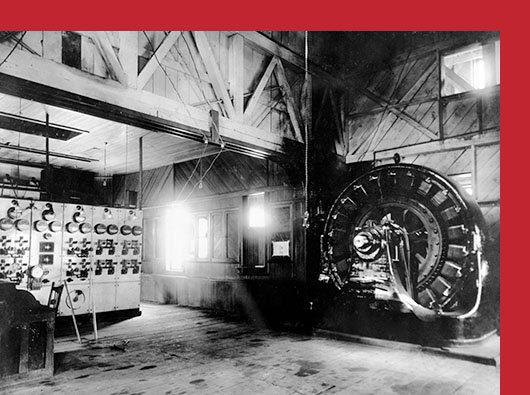 The first residential AC unit was a 7x6x20 ft device installed in the home of Charles Gates in Minneapolis in 1914.

What other significant achievements in the heating and cooling history followed?

Also tied to the hot and cold history of the air conditioning systems was the 1904 World’s Fair in St. Louis, Missouri. The air-conditioned Missouri State Building visitors enjoyed the cool atmosphere that circulated about 35,000 cubic feet of air every minute. This was the first instance when the public experienced the comfort of a cooling system, hence its eventual adoption in many theaters.

Theaters during this period used a heating and cooling system that forced the cool air through floor vents. This system was a breakthrough in the HVAC industry, though it still required improvement as only the lower parts were cold while the upper parts remained very warm.

When was the first furnace invented?

Of course, the history of the cooling system is entwined with the furnace’s history. During the colonial period, people used fireplaces to warm houses. In his autobiography, Franklin wrote that in 1742, he invented an open stove for the warming of homes and saving fuel. This cast iron was named as Franklin stove, which inspired the development of the furnace.

Several scientists introduced innovations to the Franklin stove, but in 1935, scientists came up with the idea of forced convection wall heaters in the home.

What are the other ways by which Carrier influenced the history of HVAC?

Carrier was a notable name in the cooling system industry in the earlier part of the 20th century. His company installed the first cooling system for theaters in Long Angeles.

He was also a pioneer in introducing the centrifugal chilling system in movie theaters. Over the years, various industries, from textile mills to candy factories, adopted this innovation.

Who were the other personalities associated with air conditioning?

A decade after Carrier’s breakthrough into the air conditioning industry, some innovators followed through with their inventions. For instance, Frigidaire introduced the split-system room cooler in 1929. Other names such as Kelvinator, York, and General Electric later joined in introducing air conditioning in the market.

What’s the story of the modern air conditioners we are familiar with?

In the early 1900s, AC units were available only to industrial buildings, and only a few people could afford to install the system in their homes. However, with the increased prosperity in the 1950s, air conditioning units became affordable to many families in the US.

A central air conditioner that used Freon as a refrigerant was invented in the 1970s. However, the dangers of Freon exposure came to light in the 1990s, which motivated manufacturers to develop better air conditioning units. 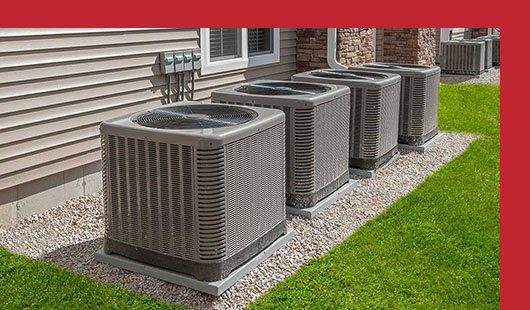 Currently, about 75% of homes in the US have air conditioning. American families spend around $11 billion each year to cool their homes.

Why is air conditioning important?

More than making people comfortable, air conditioning is essential in keeping people healthy and safe. Statistical information taken from the US Environmental Protection Agency shows that 11,000 people in the US have died from heat-related causes since the 1980s. A properly working HVAC can help address this issue by maintaining a healthy indoor climate and air circulation for building occupants.

How can I learn more about HVAC?

The history of the heating and cooling systems today can be traced back to ancient times. Thanks to the forward thinkers and innovators throughout history who paved the way for the comfort people enjoy in their homes today.

We, The Duct Kings, share the passion for helping people by maintaining their comfort and safety. As trained professionals, our HVAC technicians provide installation and troubleshooting services for domestic and commercial buildings systems. Learn more about our air duct cleaning services here.

You Should Also Check 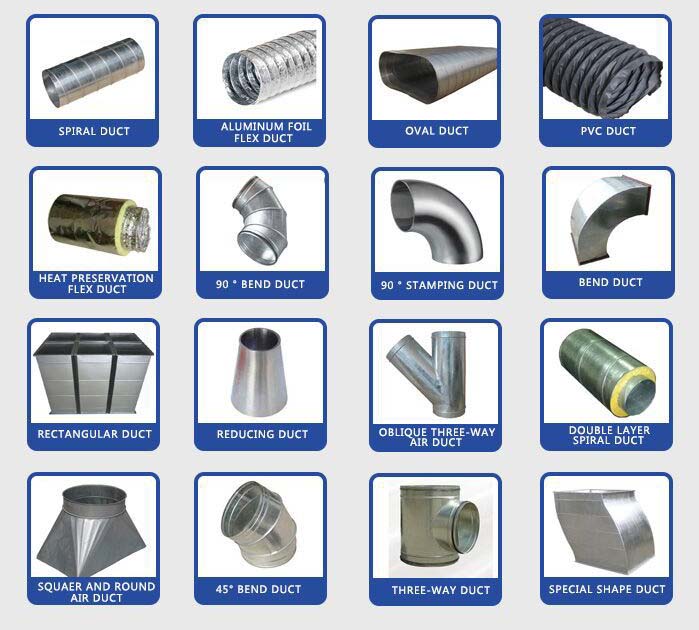 The Different Types of Air Ducts for Air Conditioner

Need to install a duct for your Air Conditioners and cannot figure out which one to opt for? Or looking for professional help for cleaning your air... 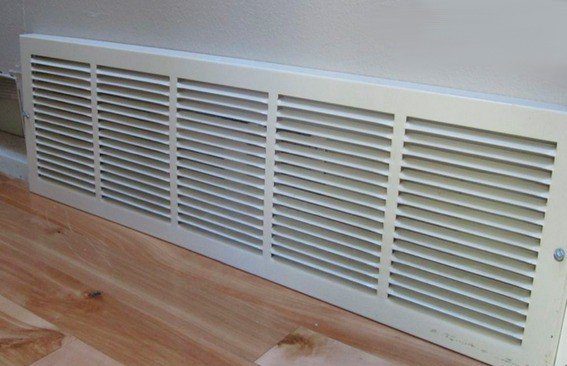 How Many Return Air Vents Do I Need?

Your return vents are an indispensable part of the HVAC system in your house. They function to keep your interior pressurized as well as the... 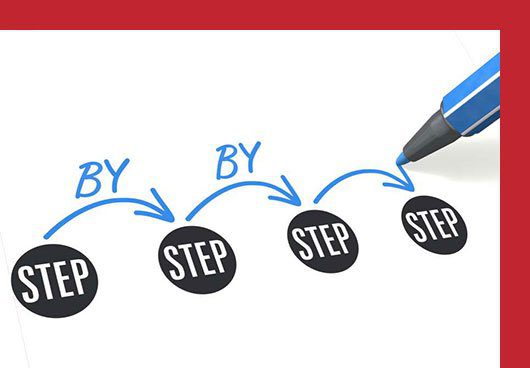 Air duct cleaning is an essential cleaning service for your home to ensure the deep cleansing of your furnace and high indoor air quality. The air... 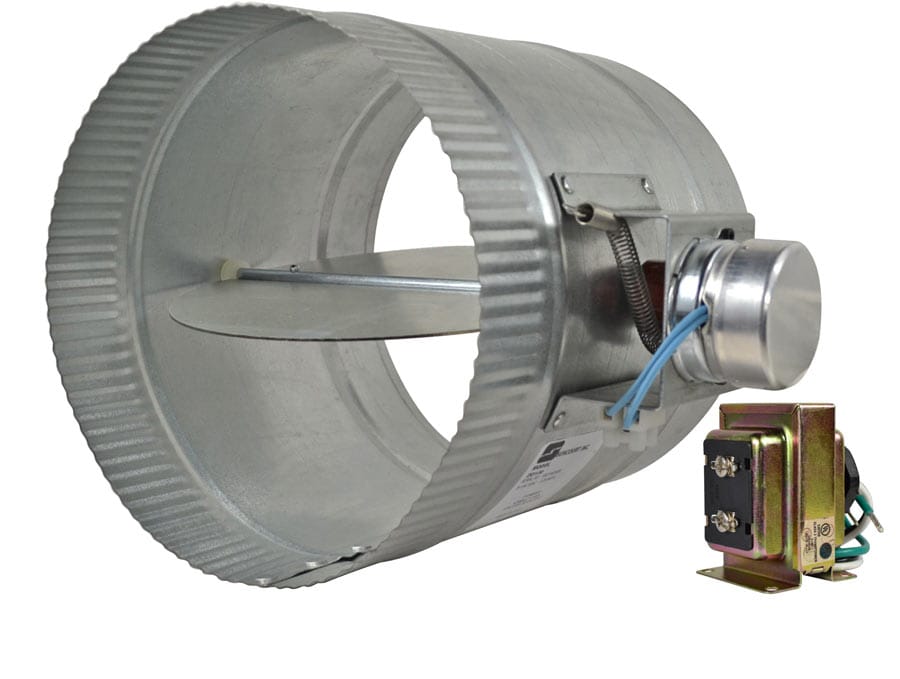 How To Adjust Air Duct Damper

An HVAC system is designed to produce hot or cold air flow and force it into a building structure, such as a home or commercial facility. While many... 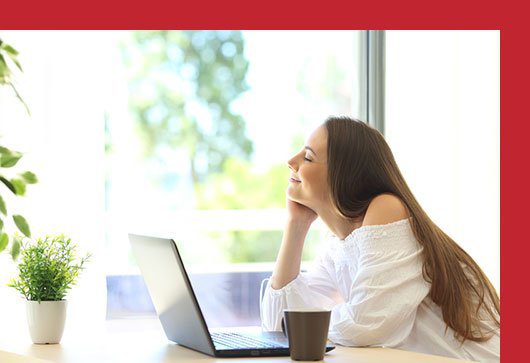 What Are The Benefits Of Air Duct Cleaning

Air ducts are a vital part of the HVAC system in any house or building. They supply the necessary air to your heating and cooling systems, which... 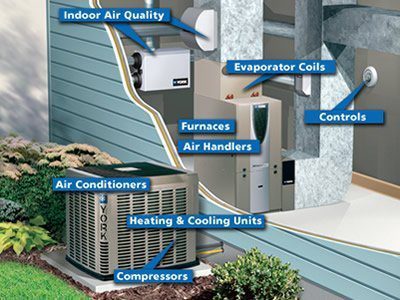 Including Central Air Conditioning Whether you have actually obtained ductwork, including central air conditioning is extra economical and also much...
Skip to content